The Heartland Dragons Peewee “A” kicked off their season with a bang by winning the West Mall Lightning 2019 Early Bird “A” Tournament. After dropping a hard fought 4-2 decision to the defending GTHL champions Vaughn Rangers, the Dragons rolled off five consecutive victories including a decisive 7-2 win in the finals over the defending champion King Rebellion. The team gathered momentum through the tournament ending up scoring 26 goals and allowing only nine in six games. Great efforts were made by all the players who will now look to build off this success in the September 13th Early Bird “A” Burlington tournament.

Special thank you to the kids the coaching staff and the parents! 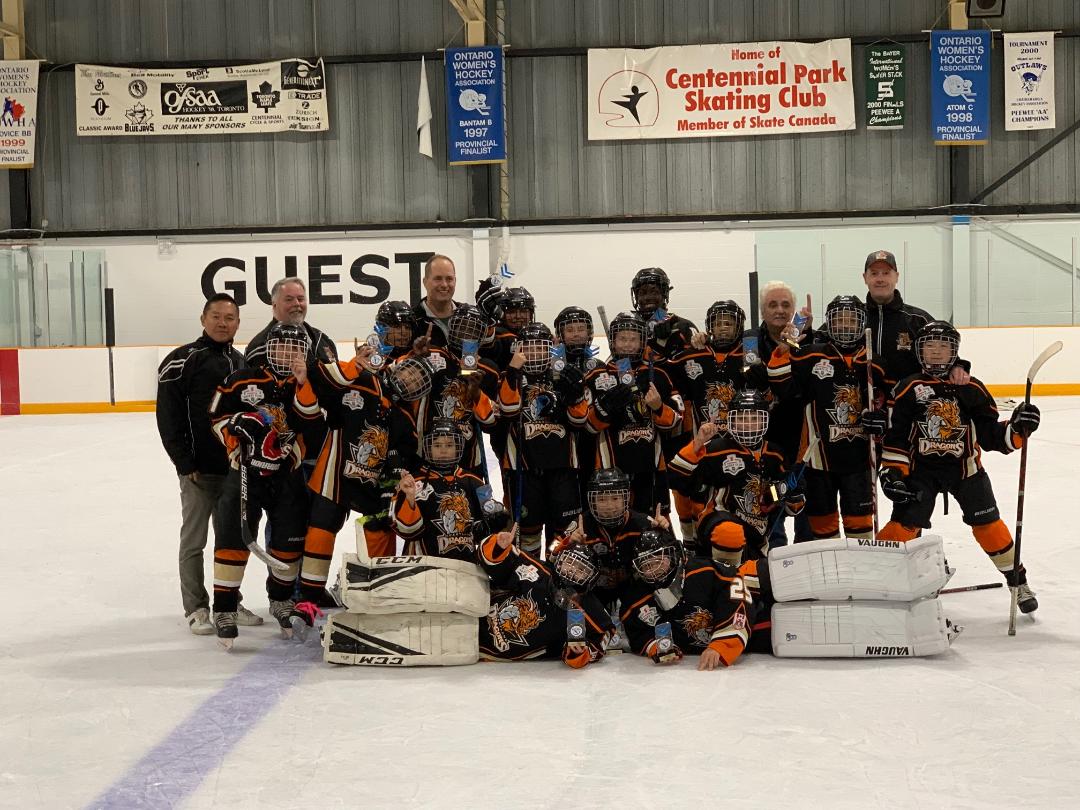