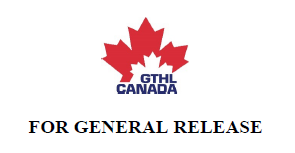 Q- My daughter is on a team that has a chance at a GTHL championship. I know that Hockey Canada has
shut down hockey for the season, but I still hope that there might be a chance that hockey will go
on, especially for playoff teams. Is that possible?

A→No, hockey for this season is over.

Q- The Hockey Canada announcement uses the phrase “until further notice”. What does that mean?

A→The 2019-20 season is cancelled. The Hockey Canada Board will decide when sanctioned hockey will
resume in Canada. We have no indication of when that will be.

Q- Does the cancellation of the season also mean our team can’t practice?

Q- What does this mean for non-sanctioned hockey leagues?

A→Non-sanctioned leagues operate outside of Hockey Canada’s bylaws and regulations. If they
continue to operate, they would be doing so of their own accord.

Q- Does this announcement impact all hockey participants in Canada?

A→No, it impacts participants who are registered through Hockey Canada and the Member Branch. The
GTHL is a member of Hockey Canada.

Q- How does this Hockey Canada announcement affect the FirstShift and other grassroots programming?

A→The Hockey Canada decision to cancel the remainder of the hockey season includes all grassroots
programming. The FirstShift program is included.

Q- Our team has a banquet coming up. Is that cancelled?

A→The GTHL and Hockey Canada are doing their best to protect the safety of everyone involved in
hockey. Medical advice suggests that large gatherings of people is not a good idea at this time, so
the banquet should not go ahead.

Q- So what about team parties? The kids want to celebrate what they have achieved this season. Can
we do a gathering of less than 20 people?

A→No, all team activities are shut down.

Q- My coach says we should stay on the ice to prepare for tryouts. Is that allowed?

A→All Hockey Canada activities, including team parties, practices and skates are not allowed.

Q- It is March Break and some private companies are still offering hockey camps. Can I go?

A→Please be aware that most arenas operated by the cities, Toronto and Mississauga for example,
have been shut down out of concern for the health of the players. Private organizations will not be
covered by insurance providers.

Q- A father who lives down the street, who I believe was an assistant coach for a House League team
in Mississauga has suggested he could supervise kids who want to skate during March Break. Is that
allowed?

A→The Mississauga Hockey League, just like the North York Hockey League are members of the GTHL.
That means he must follow the guidelines set out by Hockey Canada, which means he is not allowed to
organize any on-ice activities. If he is not involved in a team he can do this, but he will not be covered by any insurance policies.

Q- If one of our players tests positive who should we report to?

A→You should report this to the GTHL Office (Scott Oakman or Michelle Fata) and advise the other
players and team officials from the team.

Q-Is the GTHL office closed for the foreseeable future?

A→Right now the office is open 9-5 Monday to Friday. That may change as circumstances warrant.
Before you come to the office it may be wise to send an email or call the person you want to speak
with, as all of us are equipped to work remotely and may be doing so on that day.

Q-Can we meet with our coaches to discuss next season?

Q-I want my son to play in house league again next year and maybe go into a hockey school. Will
these be delayed?

A→As of now registration for next season will be delayed. There will be more direction about this
in the coming days.

Q-How will playoff finals be addressed. No winners no losers?

A→The season is over. The League will not be declaring any Playoff winners.

Q- My daughter was playing on a team that was in the playoffs. The season was shut down by the
league. So I get a refund?

A→This is a decision that will be made by the organization where your daughter played. Please contact them
for more information.