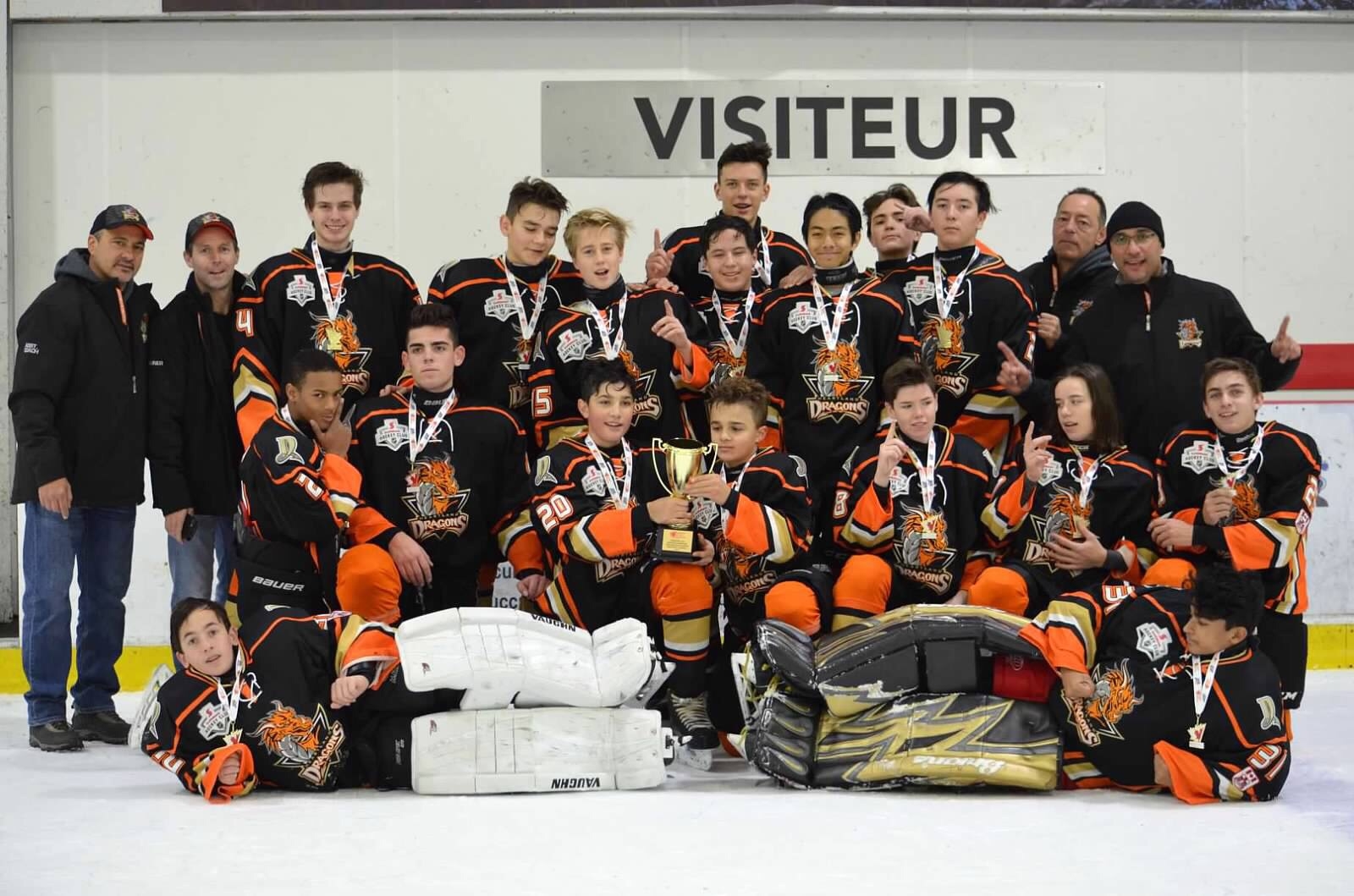 “The Bantam A Heartland Dragons were a team of Destiny this weekend. Everybody says that but, we’ve got proof.

It all began with a Friday afternoon tour of the Bell Centre, the home of the glorious Montreal Canadiens. While up in the alumni lounge #19 Josh “Captain America” Young dropped himself into an empty seat.  The tour guide Zee says “since Jean Beliveau died, nobody sits right there, eh.” Captain America stared at Zee.  Zee stared at Captain America, knowing he wasn’t going to win this one.  2 hours later, to kick off the prestigious Jean Beliveau Bantam Championship in Montreal, the Ted Reeve Thundernadoes knew exactly how Old Zee felt. They weren’t going to win this one.

And then, early Saturday, the Hometown Dollard Centennials were next up, and next down.  It wasn’t the last time that Saturday a team from the Toronto area would thump the local boys. But unlike the NHL Maple Leafs, the Dragons have won a Cup in the last 50 years.  Jump ahead to Championship Sunday and it’s your Heartland Heroes against Ottawa Centre.  This one was over before it began.  The young, wild Dragons came out breathing fire.  With a 6-2 win, they were champions.

It was a long drive home.  The boys played a round of 12 Stupid Things To Do On A Bus.  They won that game too.  Can a 6 foot tall 14-year-old fit into the overhead compartment? Yes, he can.   Let me tell you, a good time was had by all!”

ATTENTION:  ALL Heartland Dragons Hockey Association Events and Activities are being updated.

Please review the GTHL / MHL Return to Hockey Framework and the updates with important dates here: